The Episcopal Church of the Epiphany is a diverse, welcoming congregation carrying forth the word and works of Jesus Christ through worship, education and community service. 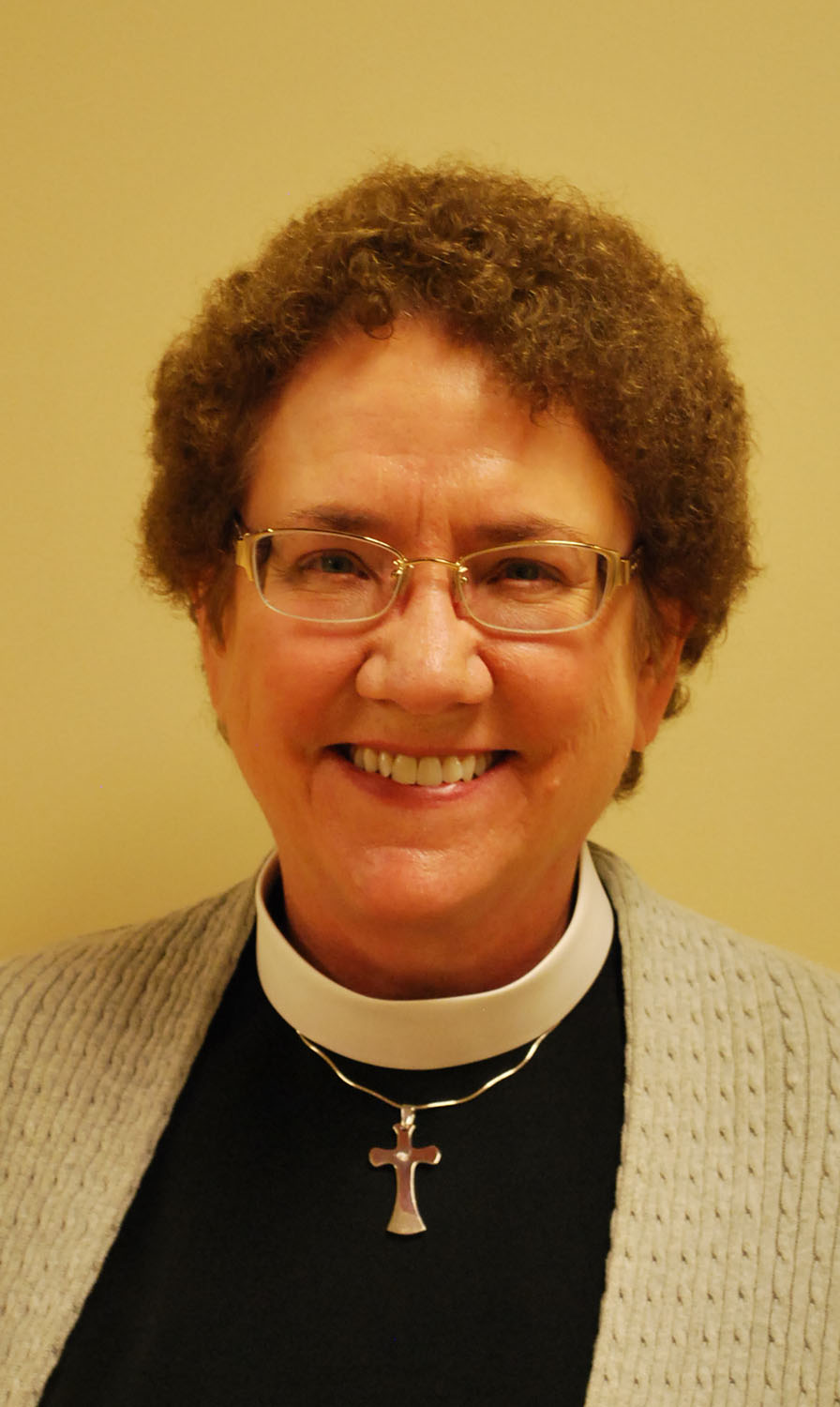 The Reverend Monica A. Carlson became rector for our parish with the All Saints Day service Nov. 1, 2015.
Monica received her Masters of Divinity in Theology from the University of the South - Sewanee School of Theology and holds a Bachelor of Arts in English and History from Duke University. She most recently served as Priest in Charge of St. Matthias in Tuscaloosa, Alabama. Monica is active in the Diocese and Cursillo with a strong interest and experience in meditative and centering prayer.
We are excited to have her come to lead our Parish as we continue in spiritual development for all ages and in church growth.

The history of Church of the Epiphany

Once upon a time, a long time ago (1979) George Jones had an idea. He turned to Sue, his wife, and said, "We need an Episcopal church in Leeds." George and Sue Jones and Robert and Odell Smith and their children had attended Grace Episcopal Church in Woodlawn for years.But frankly, they were tired of commuting and thought they just ought to see if there were other folks in Leeds who wanted the same thing. So an organizational meeting for a new parish was held at the Citizens Bank in Leeds shortly before Christmas in 1979. The idea took hold. The Joneses and the Smiths, along with Mollie and Zollie Derryberry convinced the Bishop to let them start a church in Leeds. Bishop Furman Stough said they could start the church, but could expect no funding from the Diocese. Well, that was not a deterrent.

The first service was held on Epiphany Sunday, January 6, 1980, at the Leeds Presbyterian Church. Later, services were held at St. Theresa's Catholic Church in Leeds until a permanent church building could be constructed. The parishioners built the church with their own hands on land donated by church members Bill and Ruth Brazil, next to their home on Highway 119. Other members included Agnes Hann, Clyde and Charlie Pearce, Wade Pearce, Mike and Shirley Marchman, Make Carter, Barbara Bivens and Andy Meginniss.

On December 24, 1981, a very special Christmas was celebrated in the still uncompleted building. Surrounded by the bare walls, warmed by kerosene stoves, the air filled with the scent of fresh straw, these few determined members gathered around a small wooden creche where the altar was to be and celebrated the birth of Jesus.

In 1991, Epiphany purchased a double-wide mobile home, connected it to the church and remodeled it for a parish hall. This essentially doubled the size of the church space and provided Epiphany with its first kitchen. The Rev. Bill Yon, Diocesan Administrator at the time, fondly referred to our pride and joy as the “last of the $10,000 parish halls.”

In 2000, with the help of the Diocese, Epiphany purchased the land and house next door. They named this latest extension of the church, “Founders Hall.” Two years later, the parishioners began planning to build a new worship space.

Additional land behind the property became available and the Dioceses helped Epiphany to acquire the property. Fundraising efforts began in earnest in March 2002, with the idea of having a praise worship service. The idea grew and grew until it became the first Epiphany Jam music festival - four hours of Christian music on the grounds. It was held on August 24 to “Praise the Lord and Raise the Roof.” That first Jam included musicians from throughout the diocese, a huge stage and a sound system. Epiphany Jam was rousing success and was followed by Jam II on August 23, 2003, and Jam III on August 28, 2004.

At Jam I, Kenneth Traweek volunteered his services as our architect and drew the plans for the new church building. Clyde Pearce, who was instrumental in building the first building, volunteered to be Epiphany’s contractor through Traweek Contracting Company. Ground was broken and the building of Epiphany’s new worship space began.

The first rector was The Reverend Bronson Bryant, who served until 1985. George Jones served as Epiphany’s first Senior Warden and Robert Smith was its first Treasurer. They also were the parish’s first delegates to the Diocesan Convention. 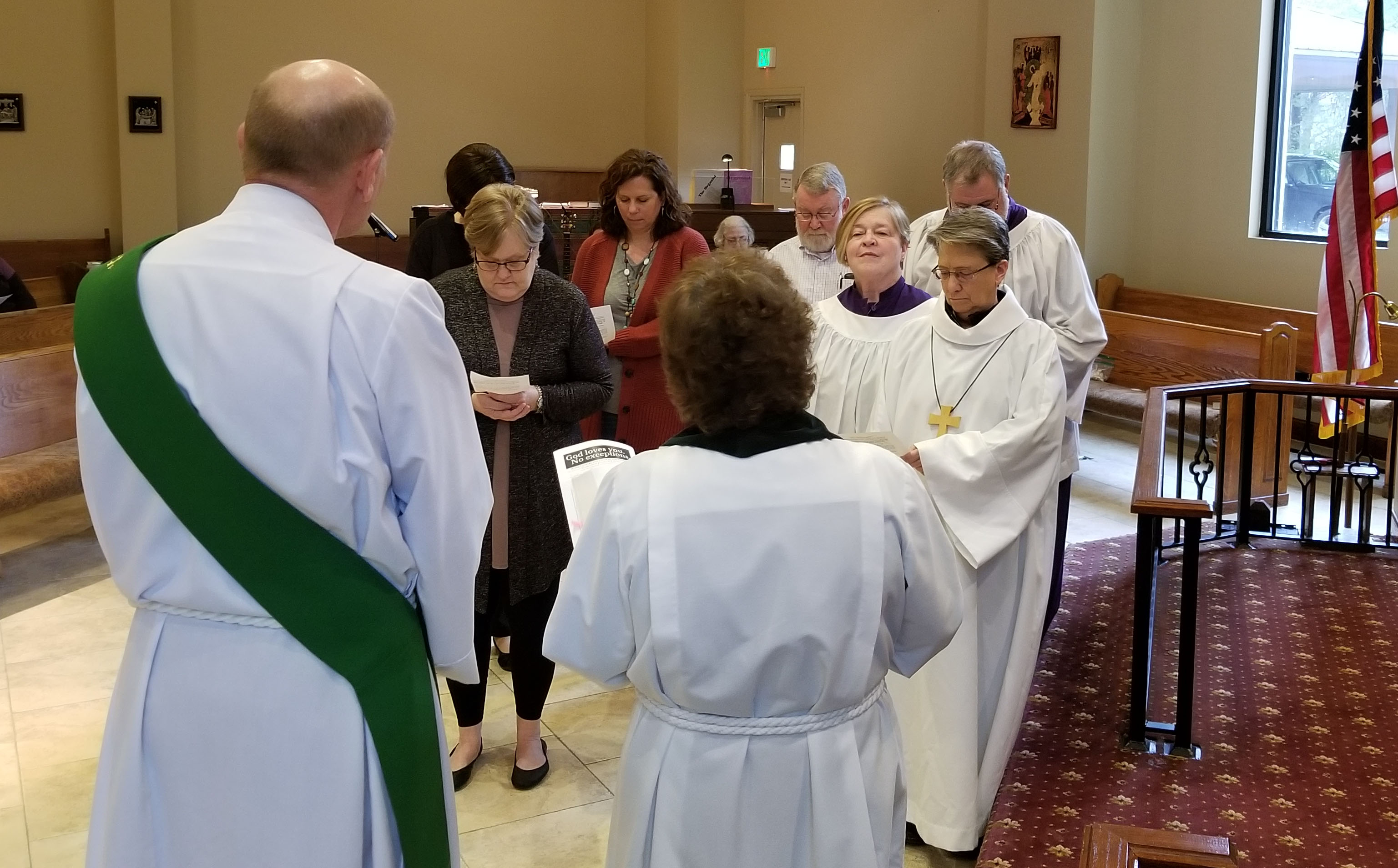 VOTING  MEMBERS IN ADDITION TO THE SENIOR AND JUNIOR WARDEN ARE:

We welcome your questions